Difference between revisions of "Broadband adapter" 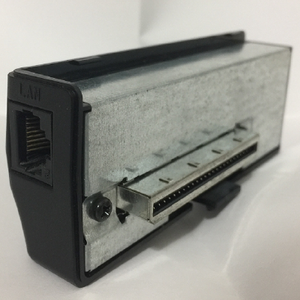 The Dreamcast Broadband Adapter (HIT-400, sometimes HIT-401; HIT-401 is written on the box, but HIT-400 is on the peripheral's underside sticker), often abbreviated BBA, is a 10/100mbit network adapter for the Dreamcast based on the Realtek 8139C chip. It connects to the G2 bus in place of the modem, and it was released in Japan and in the United States. Despite not seeing a release in PAL regions, some PAL game software is actually compatible with it, such as Toy Racer and Phantasy Star Online.[1] It is a different piece of hardware than the Dreamcast LAN Adapter.

Broadband Adapters were made in both black and white colors, although the black ones were only available via online order from Sega Direct in Japan. Due to their release towards the end of the Dreamcast's official lifespan, broadband adapters are somewhat uncommon peripherals and are only supported by a handful of games,[2] but they are useful for playing supported networked games and linking to a computer for programming, debugging, and dumping GD-ROMs.